The Spirit Of Sunshine 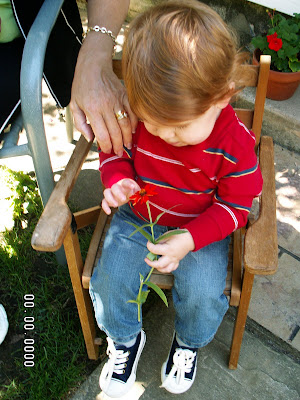 "How's business, Eben?" The old man was washing at the sink after his day's work. "Fine, Marthy, fine." "Does the store look just the same?" Land, how I'd like to be there again with the sun shining in so bright! How does it look, Eben?" "The store's never been the same since you left it, Marthy." A faint flush came into Martha's cheeks. Is a wife ever too old to be moved by her husband's praise! For years Eben and Martha had kept a tiny notion store, but one day Martha fell sick and was taken to the hospital. That was month's ago. She was out now, but she would never be strong again_never more be partner in the happy little store. "I can't help hankering for a sight of the store, " thought Martha one afternoon. "If I take it real careful I think I can get down there. Tisn't so far." It took a long time for her to drag herself downtown, but at last she stood at the head of the little street where the store was. All of a sudden she stopped. Not far from her on the pavement stood Eben. A tray hung from his neck. On this tray were arranged a few cards of collar-buttons, some papers of pins and several bundles of shoe-laces. In a trembling voice he called his wares. Martha leaned for support against the wall of the building nearby. She looked over the way at the little store. Its windows were filled with fruit. Then she understood. The store had gone to pay her hospital expenses. She turned and hurried away as fast as her weak limbs would carry her. "It will hurt him so to have me find it out!" she thought, and the tears trickled down her face. "He's kept it a secret from me, and now I"ll keep it a secret from him. He shan't ever know that I know." That night when Eben came in, chilled and weary. Martha asked cheerily the same question: "How's business, Eben?" "Better'n ever, Marthy," was the cheery answer, and Martha prayed God might bless him for his sunshiny spirit and love of her." ____Author unknown - From Ladies Home Journal Magazine "In this life we cannot do great things. We can only do small things with great love." ___Mother Teresa

Posted by Just a little something from Judy at 7:35 AM

Thanks for sharing that story Judy and for sharing a photo of the precious little one. So cute!

Have a great weekend!

Judy that's such a sweet story. It's a great reminder of the little things we do and should do for the people we love.

Thank you for your nice comments about my window mistreatment. No I didn't sew anything. There's lots of Stitch Witchery and hot glue up there. I'm still not sure about them.

Hope you have a wonderful weekend! Spring is coming. :)

Oh, what a touching sweet story. So glad you shared it with us today.

That photo is positively precious. = )

P.S. I forgot to tell you, I made your Chicken recipe Wednesday night (from the 4 ingredient cookbook...it was a big hit!) Thanks for sharing.

What a nice story. Cute picture too!

Nice story for a Friday...and I am totally in agreement with Mothr Teresa's comment. Have a great weekend.