A Little Humor For Your Friday 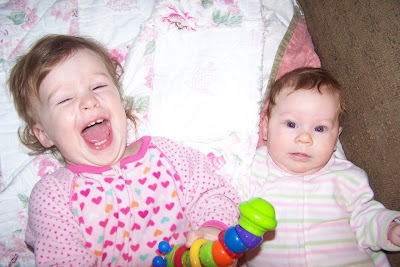 "Sitting on the side of the highway waiting to catch speeding drivers, a state trooper saw a car puttering along at twenty-two miles per hour. He thought, This driver is just as dangerous as a speeder! So he turned on his lights and pulled the driver over. Approaching the car, he noticed that there were five old ladies-two in the front seat and three in the back-wide eyed and white as ghosts. The driver, obviously confused, said to him, "Officer, I don't understand, I was doing exactly the speed limit! What seems to be the problem?" "Ma'am," the officer replied, "you weren't speeding, but you should know that driving slower than the speed limit can also be a danger to other drivers." "Slower than the speed limit? No, sir, I was doing the speed limit exactly--twenty-two miles an hour!" the old woman said a bit proudly. The state trooper, trying to contain a chuckle, explained to her that twenty-two was the route number, not the speed limit. A bit embarrassed, the woman grinned and thanked the officer for pointing our her error. "But, before I let you go, ma'am, I have to ask--is everyone in this car okay? These women seem awfully shaken, and they haven't uttered a single peep this whole time," the officer said. "Oh, they'll be all right in a minute, officer. We just got off Route 119." story from the book "Expresso for a Woman's Spirit", Pam Vredevelt.

Posted by Just a little something from Judy at 8:08 AM

That is too funny. A great way to start off the morning. Thanks for that.

Have a nice weekend.

A laugh is always good...especially on a Friday. We have a 401 out here...I guess that would be hard to confuse.

I love the photo of those precious babies. O my goodness!!!

Precious Lord God, please keep your arms of love and protection around those precious babies in Jesus Name I thank You Lord. Amen.

I just love the picture of your precious grandbabies. What a great story...you got me off on the right foot today!