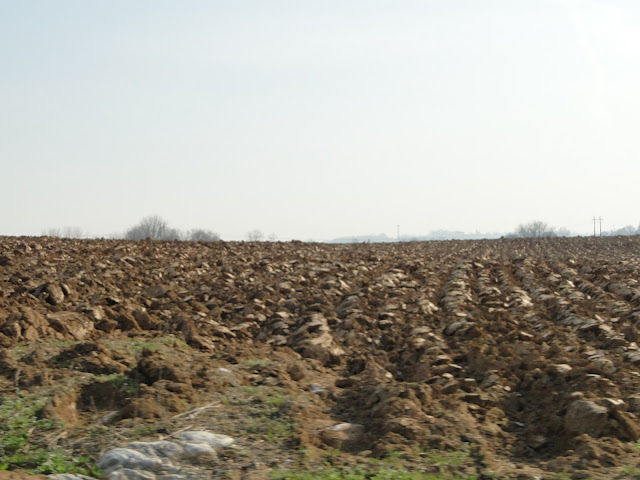 Everywhere were signs of spring.  The fields were being prepared for plantings.  The three of us(my twin grandsons and me) were heading out to the country greenhouse I used to visit every spring, when I was a young mother.  I talked to them as we drove, showing them the upturned soil,  pointing out the farmers and horses out in the field working, and reminding them to look at the trees starting to get green.  Very simple lessons in the growing seasons of life:) 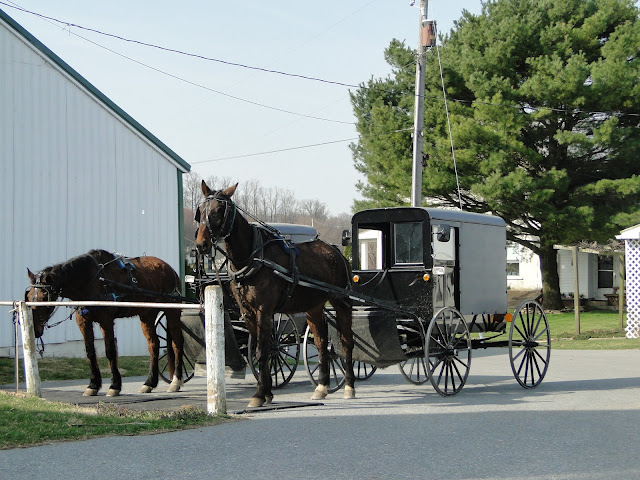 We drove up the long lane, on a stone driveway.  Our car was the only car at the time, but I pointed out that some people travel in different ways than we do.  They did seem interested:) 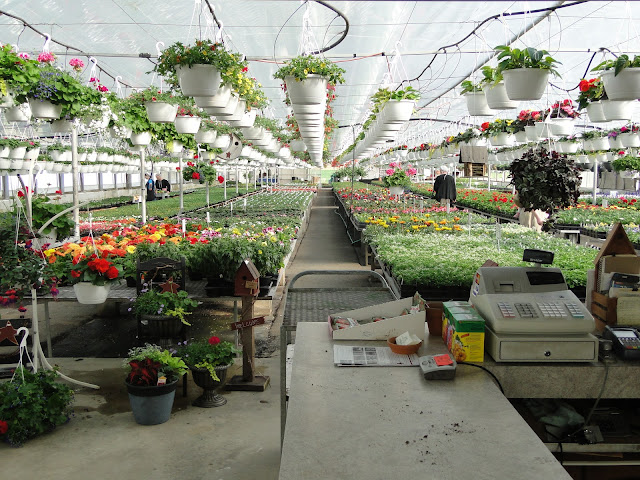 When we walked into the greenhouse, we stopped and stared at the brilliant beauty in front of us.  Their little eyes were big as they stood there taking it all in.  Sometimes I forget the wonder of it all.  I explained to them that it was a greenhouse and that it was where flowers are grown and sold. They actually seemed to listen to what I was saying. 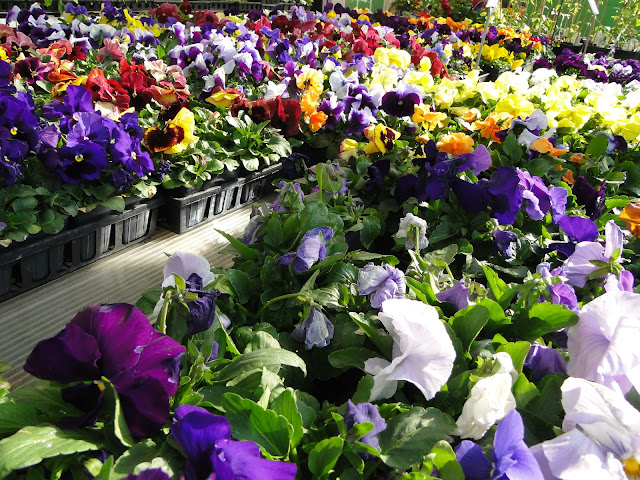 The fact that I have always liked flowers, and that my grandmas instilled a love for flowers in me, made me want to teach my grandchildren the wonder and beauty of flowers.

I showed them the different flowers and told them their names. 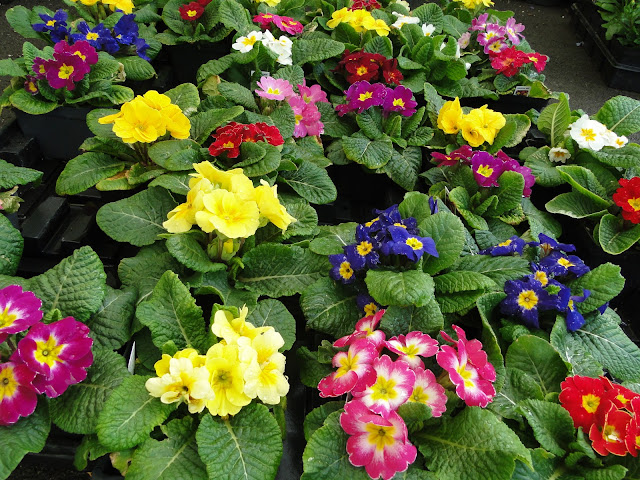 At their young age, they did show interest and enthusiasm, maybe just to appease their grandma. 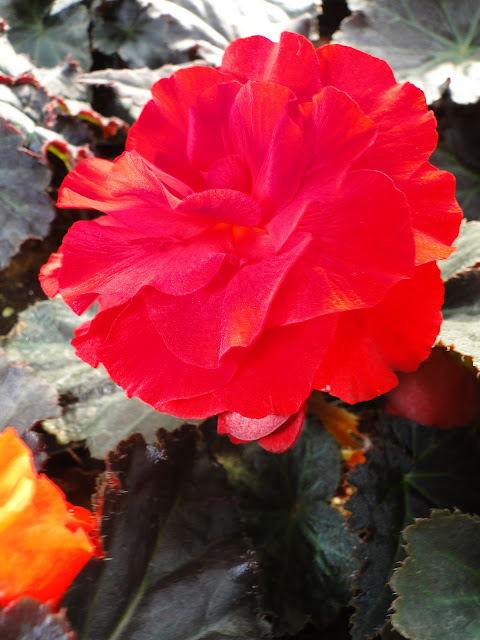 The brilliant colors and varied blooms created a breathtaking scene.  These folks sure do know the keys to growing. 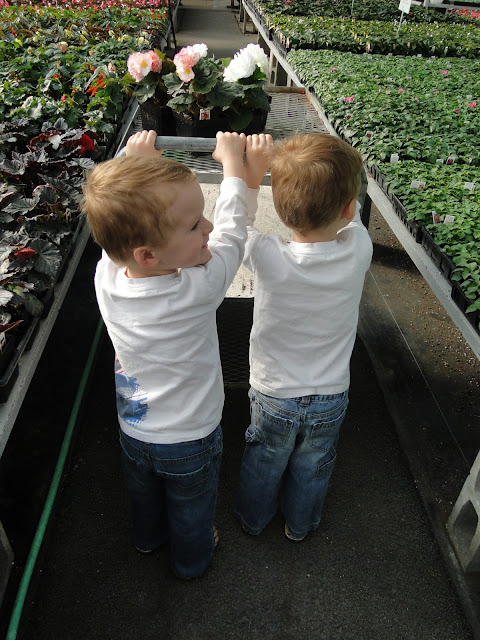 I asked if it was too early to plant outside and they confirmed that it was.
I purchased a few individual plants that I will keep inside until I can plant them outside.  They thought the cart concept added fun to the visit. 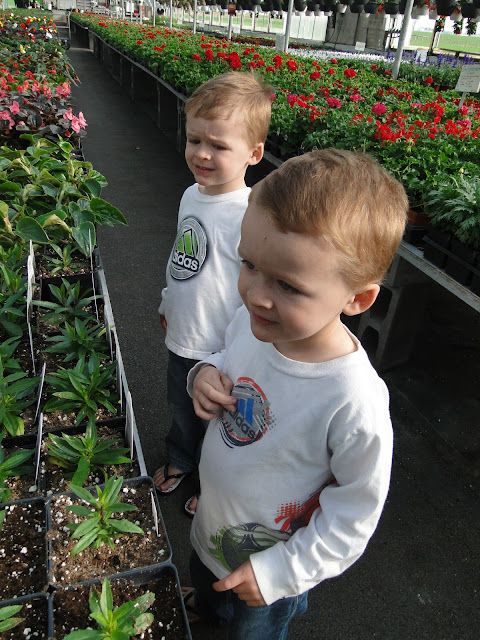 They did offer many suggestions as to what more I should buy. 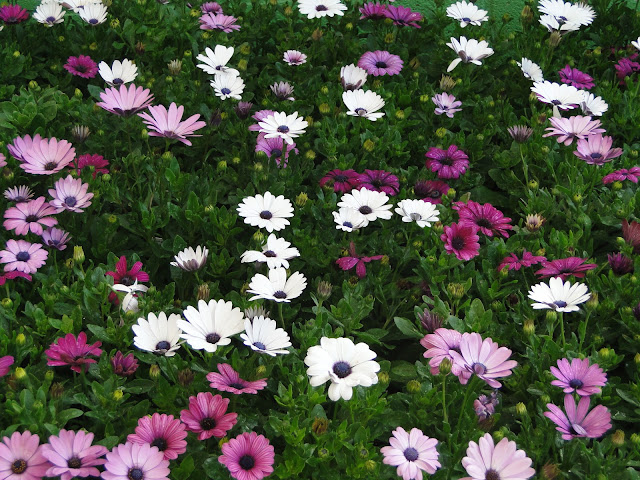 I could have spent hours in this greenhouse, but they were eager to head to the park playground. Okay, maybe this visit won't make them want to be horticulturalists, but it was good for them to see it all. 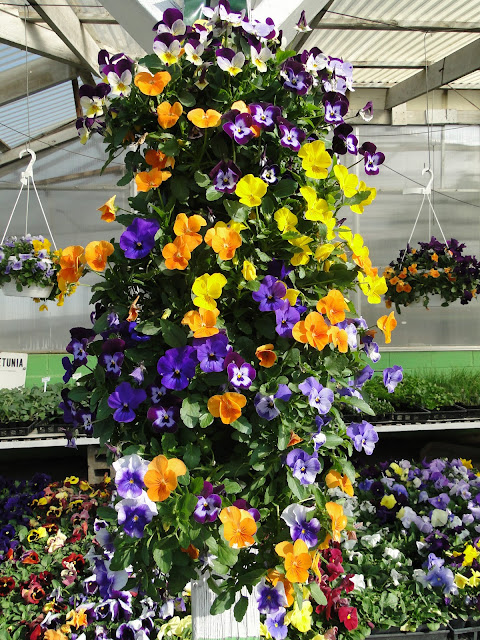 On the wooden poles out front of the greenhouse, large plastic bags with openings for pansies, hung from each poll.  What a clever concept!
Summer will be here soon.  Today the possibility of thunderstorms, is in the forecast.

Thank you so much for stopping by.  I promise I won't have flowers in every post:)

As you would expect, the playground at the park, brought them much more excitement than the greenhouse experience. 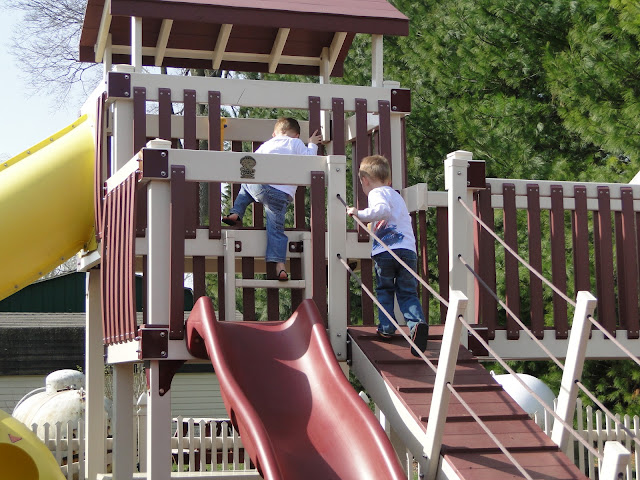 Posted by Just a little something from Judy at 6:58 AM

What a wonderful slice of spring! Your pictures are so pretty!

Thanks for inspiring me today!

Having spent yesterday morning at the park with my 2 1/2 year grandson, I especially enjoyed seeing your little guys on the BigToy. Spring wakes up the adventurer in all of us, but especially little boys!

Spring in your realm looks very much like it does in mine. Thank you for sharing what your eye for beauty has captured!

A great way to spend time with
Grandma!

They are a couple of cuties.

They may not grow up to be horticulturists, but I have no doubts that they will have an appreciation for growing things after this special day with their grandma.
The greenhouse looks amazing. I'd love to visit it too.