"What He Valued Most" 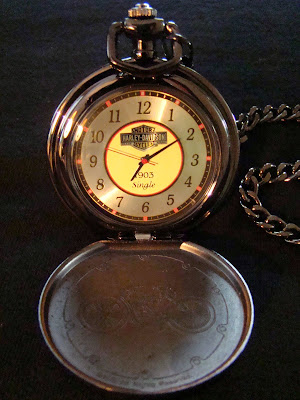 "A young man learns what's most important in life from the guy next door. It had been some time since Jack had seen the old man. College, girls, career, and life itself got in the way. In fact, Jack moved clear across the country in pursuit of his dreams. There, in the rush of his busy life, Jack had little time to think about the past and often not time to spend with his wife and son. He was working on his future, and nothing could stop him.
Over the phone, his mother told him, "Mr. Belser died last night. The funeral is Wednesday." Memories flashed through his mind like an old newsreel as he sat quietly remembering his childhood days.
"Jack, did you hear me?" "Oh, sorry, Mom. Yes, I heard you. It's been so long since I thought of him. I'm sorry, but I honestly thought he died years ago," Jack said.
"Well, he didn't forget you. Every time I saw him he'd ask how you were doing. He'd reminisce about the many days you spent over 'his side of the fence' as he put it." Mom told him.
"I loved that old house he lived in," Jack said.
"You know, Jack, after your father died, Mr. Belser stepped in to make sure you had a man's influence in your life," she said.
"He's the one who taught me carpentry, " he said. "I wouldn't be in this business if it weren't for him. He spent a lot of time teaching me things he thought were important...Mom, I'll be there for the funeral," Jack said.
As busy as he was, he kept his word. Jack caught the next flight to his hometown. Mr. Belser's funeral was small and uneventful. He had no children of his own, and most of his relatives had passed away.
The night before he had to return home, Jack and his Mom stopped by to see the old house next door one more time.
Standing in the doorway, Jack paused for a moment. It was like crossing over into another dimension, a leap through space and time. The house was exactly as he remembered. Every step held memories. Every picture, every piece of furniture...Jack stopped suddenly.
"What's wrong, Jack?" his Mom asked.
"The box is gone," he said.
"What box?" Mom asked.
"There was a small gold box that he kept locked on top of his desk. I must have asked him a thousand times what was inside. All he'd ever tell me was 'the thingI value most." Jack said.
It was gone. Everything about the house was exactly how Jack remembered it, except for the box. He figured someone from the Belser family had taken it.
"Now I'll never know what was so valuable to him," Jack said. "I better get some sleep. I have an early flight home, Mom."
It had been about two weeks since Mr. Belser died. Returning home from work one day Jack discovered a note in his mailbox. "Signature required on a package. No one at home. Please stop by the main post office within the next three days, " the note read.
Early the next day Jack retrieved the package. The small box was old and looked like it had been mailed a hundred years ago. The handwriting was difficult to read, but the return address caught his attention.
"Mr. Harold Belser" it read.
Jack took the box out to his car and ripped open the package. There inside was the gold box and an envelope. Jack's hands shook as he read the note inside.
"Upon my death, please forward this box and its content to Jack Bennett. It's the thing I valued most in my life." A small key was taped to the letter. His heart racing, as tears filling his eyes, Jack carefully unlocked the box. There inside he found a beautiful gold pocket watch. Running his fingers slowly over the finely etched casing he unlatched the cover.
Inside he found these words engraved: "Jack, Thanks for your time! Harold Belser."
"The thing he valued most...was...my time."
Jack held the watch for a few minutes, then called his office and cleared his appointments for the next two days. "Why?" Janet, his assistant asked.
"I need some time to spend with mywife and son, " he said.
"Oh, by the way, Janet...thanks for your time!"
~author unknown. This story spoke loudly to me when I read it. Today is the Memorial Service for a wonderful guy who happens to have been my husband's boss, great friend and mentor for many years. The two guys were the same age and had an amazing work relationship. His struggle with cancer the last year of his life, was truly painful for both of us to watch. He leaves behind a wife, son and daughter. Through his life, and even through his sickness, he gave his "time" and friendship to so many. "Time"...a gift that costs so much and yet, has untold value.

Posted by Just a little something from Judy at 7:24 AM

Thank you for this story...it's heartwarming & so true! Time...that's what's important.

I'll be thinking of you today!
Love, Wanda

Oh my goodness, what a story!! It brought tears to my eyes.....I'm so sorry your husband has lost a friend. Take care.

Morning Judy. What a great story and great reminder. I'm sorry about the loss of your friend. I need to go get a kleenex now!

How beautiful and how important for all of us to constantly remind ourselves of waht is most precious in life!

My condolences to your husband and to you.

Judy,
This story is so true and such a good reminder of what really is important in life. We are certainly reminded of this when we lose someone close to us. I am sorry to hear about your husband's boss and friend. I will be keeping you in my thoughts today as you attend the memorial service.

What a beautiful story, Judy! Time is indeed one of the greatest gifts we can give to others. I'm so sorry about the loss of this special friend to you and your husband. Sending thoughts and prayers your way...

If we could only grasp how truly valuable our time is to each other, we would be blessed people. May God give you all peace as you walk through these next few days together.

Food for thought...a most touching story and a reminder of what really is important in this life.

Sorry to hear of the passing of your good friend and associate.

I love this story Judy...and I needed to read it today. It's so easy to get swept away and waste time doing things that ultimately just don't matter so much. Thanks for the reminder to cherish the time with family & friends.

I'm so sorry for your loss.

Covering you with prayer as you mourn your loss. Thank you for giving of your 'time' to type out this 'bring me back to square one' story. Thinking of you today.

So sorry about your loss. A Tender story that brought tears to my eyes. I just watched "Gran Torino" with Clint Eastwood. Pretty raunchy language but with a power message of time spent with or sometimes without, others.Blessings
QMM

Hi. I just found your blog for the first time through Cynthia's Cottage Designs. I only read this last post so far. I plan to go back to the beginning and read all of them. This story really hit home with me. Time is very important to spend with our loved ones.
Come visit me sometimes.
Lee Laurie at A Southern Rose.

I've read this story before, Judy, and it touched my heart also.
So sorry for the loss of a good man, friend and business associate

So sorry about your loss.

Just stopping by to tell you thank you for the sweet prayers.Hugs.

Wow, Judy...so moving. thank you for this post and very important reminder of how precious and valuable time really is.

with sympathy and prayers for the loss of your husbands boss and dear friend.
B